- November 28, 2018
Now, I did say in That Grand Old Dame I was being divinely led.  I also said I was completely oblivious to this fact.  As far as I was concerned, I was on a solo mission to seek out and see my soul again.  Sounds frivolous, but the theory behind the idea was solid.  Feelings produce biochemical reactions specific to those emotions.  At the moment I saw my soul, I experienced one I'd never felt before or since.  The hope was that this unique biochemical cocktail was somehow responsible for the improvements to my overall health.  Simple science.  I had no reason to believe spirits, angels, gods, or the likes had taken any particular interest in my well-being.

I know there is a higher power at work here because like the Fates, Trinity, and Ebenezer's Ghosts, my guides number three.  They have cognition, operate in tandem, and share the same end goal.  The numerous computer "glitches" meant to steer me in certain directions, deliver information in a particular sequence, and encourage me to consider specific courses of action are the result of their handiwork.  They've also not hesitated to use to their advantage the fact I am an empath....and as such my feelings and behaviours are susceptible to manipulation during times of mental and emotional stress.  This is how they got me to tango with the Property Brothers again.

Would it have killed them to allow me just once to pick my own programming?  Had my reasons for wanting to see Brothers Take New Orleans.  Was hoping to determine if New Orleans was still an unrequited bucket list dream.  Now know I would have been too preoccupied with thoughts of my mother to notice Jonathan Scott.  There was something specific about him they wanted me to take note.....but I'd need to be in a very different frame of mind to "see".  So "glitch" after "glitch" after "glitch" occurred until I'd viewed all the prerequisite programs necessary to be in the right mindset.  Then, and only then, did these same links work.

There was another of their shows that had peeked my interest.  It appeared on Drew's Honeymoon House in flashback, featuring a slide in a home.  Thoughts of our residential/commercial pool business instantly sprang to mind.  Would never see the show though.  "Glitch" only allowed for five second teasers of episodes 2-4, on all available links.  Found nearly two dozen pertaining to episode 1, but the only scene consistently free of audio or visual distortions was the one in which Jonathan sat on the floor packing up photos of his wife.  It was obvious the spirits only wished me to notice this snippet.


FATE
Traditional usage defines fate as a power or agency that predetermines and orders the course of events.  Fate defines events as ordered or "inevitable" and unavoidable.  This is a concept based on the belief that there is a fixed natural order to the universe, and in some conceptions, the cosmos.  Greek mythology features personified "fate spinners", known as the Moirai.  They determine the events of the world through the mystic spinning of threads that represent individual human fates.  Fate is often conceived as being divinely inspired.
Destiny

Made one last ditch effort to salvage my dwindling dalliance with these guys.  Thoughts of summers in the country and life in the sticks at the edge of the city flooded my mind the moment I spied the title Property Brothers - At Home on the Ranch.  Remember saying out loud to no one in particular, "That's it!  If this doesn't work, I'm DONE!".  Would love to believe the spirits took my threats seriously, but I know the links only worked because this is exactly where they wanted me to be.

I was having so much fun watching the first episode, I almost didn't notice a name pop into my head.  Crowley.  I could hear it.  Crowley, but pronounced Crauley like the "kraut" in sauerkraut.  There was another name, but it was so softly spoken I almost missed it.  Allister.  Eventually these two names would evolve into a chant....Crowley, Crowley, Crowley, Allister, Crowley....but for the duration of the show, I heard nothing more.

I was in stitches over Drew's insistence Jonathan install a bathroom door.  It obviously never occurred to him Jonathan does not close the door when he goes....that's why it was not a pressing concern.  Hello, he's a dog dad.  His kids likely turn into beavers the second it's shut.  Had hilariously humorous thoughts about sending Drew Scott to India....just to see what he would do about the bathroom situation.  Was shocked to discover he's already been.  How did the poor man survive?!!!  What are he and Linda Phan gonna' do when their kids come?  Think Jonathan's gonna' have to remove all the doors to their bathrooms so they can start practising for parenthood.

The hilarity would turn to hysterics by the next episode.  I suddenly found myself screaming like I were being murdered.  Knew I was crying only because my cheeks were so wet.  The blow was devastating.....but where it once would have crippled and caused me to fall into a million pieces, I got mad.  Hell, I was PISSED!  I was the kind of pissed that ignites a long extinguished fire in a person.

These guys removed a wood burning stove.....which was simply business to them.  For me, it was personal because I knew where that stove was made....what part of the factory it was assembled....where it sat until it was shipped.  I was the one who inspired its name.  It was great they wanted to build a family business....an empire as we had.....but did they have to do it on our bones?  We knew our demise was near, yet to see it so visually, so graphically....  It was not as if their shows only aired on a local cable network.  They are seen in over 150 countries, countries where we've conducted business.  Yes, they blurred out the brand name, but anyone with one of our units would recognize it.  This was very damaging to our reputation.

Eventually I'd ask my dad if he wished me to contact these guys to see if they had any suggestions about changes needed to make our line more competitive.  I'd even offer to reinvest my money; put it towards R & D on the basis of their recommendations.  Taking over the family business once he passes is not an option for me, but the future of our brand still matters to me.  It was a shock to learn we no longer have certification for our gas appliances.  Without this line, we are dead in the water.  I now understand why we branched into solar panels....which seemed odd given we're manufacturers and not dealers.  Adding it was cheaper than reinventing ourselves.

I obviously needed to rage....about alot of things having nothing to do with the Property Brothers.  Unfortunately I focused and fixated my hurt and anger on Jonathan.  Yah, Drew was there.....but he was the brother.  I blamed Jonathan because he was the designer, contractor, and the bossy one refusing to listen to anyone else when making decisions.  Would it have killed him to give Drew that stupid door the first time he asked?!!!  He taunts his brother....then moves on to man-handling my baby like she's a cheap whore.....and finishes by taking my name away from the world.  THE WORLD!  Yep.  Excellent target for a woman gone insane.

I am not a person who interjects herself into a public person's life, but this celeb stepped into my world.  MY WORLD!  I did not care who he was.  I was not gonna' have it!  Had no desires what-so-ever to ever watch Property Brothers or Property Brothers - Buying & Selling, but in light of events I needed to do my homework.  I'd watch every single possible episode I could.....to count how many times Jonathan removed one of our units from a home.  As my now sworn enemy, if we ever met I'd be prepared with the number of times I'd need....to kick him in the a**!  I was taking this man down! 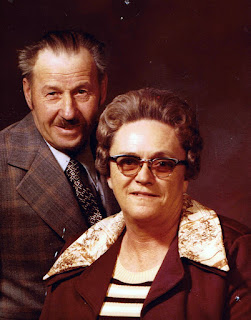 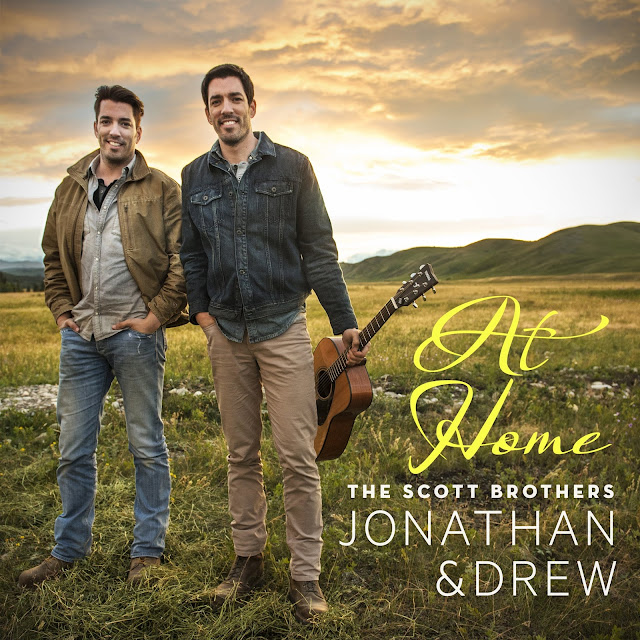 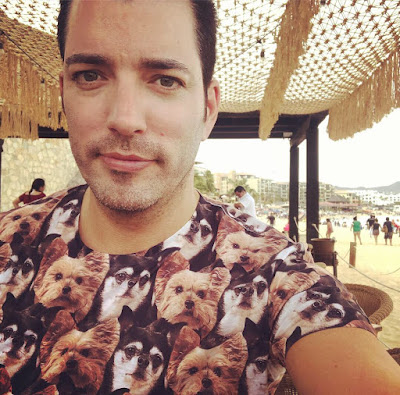